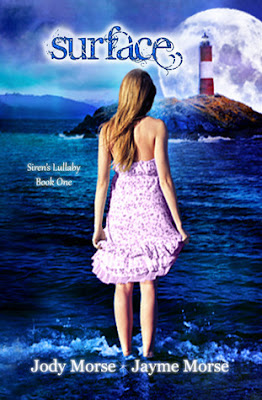 Felicia Parks’ sister, Scarlett, was supposed to have died. So, when Felicia runs into a girl six years later who looks just like the sister she thought she lost, she doesn’t know what to believe. Felicia soon comes to find out that the captivating singing she’d heard the night of her sister’s drowning may explain everything.

It was by a complete accident I came across this book. I was first attracted to the novel by the fact the series is called Siren’s Lullaby.  For some reason, the idea of a book about sirens intrigued me.  I have become so tired of the cliché vampire/werewolf teen romance novels.  I was really hoping for something different.

In some aspects, it met my expectations and fell rather flat in others.  I found the siren aspect very fascinating.  The author managed to make the sirens, who kill people, into rather likable characters.  The only problem was it took most of the book to find out that that were any sirens.  I was beginning to wonder if it was a paranormal novel at all.  I was ecstatic when the sirens finally came into play.

One issue I had was I really couldn’t get into some of the characters, there were times that I liked Felicia then there were times she annoyed me.  I felt that her character felt a little flat, but I did enjoy the sirens, including her sister Scarlett.  I really liked her first love interest Tyler.  He seemed more real, then Jackson.  Tyler was cute, funny, but most importantly he didn’t seem too perfect. I was really upset when the relationship just seemed to disappear.  I just cannot get into Jackson and her as a couple.

All in all the book wasn’t bad.  I found it be interesting and had a pretty good storyline.  For ninety-nine cents, it was worth it. Some parts are rushed others a little slow, but overall it’s a pretty good book.