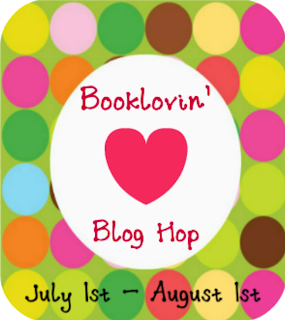 As most of you know, Google Reader is ending soon and GFC will most likely be going as well so Bloglovin' is going to be the best place to follow and read all of your favorite blogs! In celebration of this, Book2Buzz is hosting a month long blog hop called the Booklovin' Blog Hop! Within this hop there are going to be book reviews, spotlights, interviews and plenty of chances to win books from the following genres: Dystopian, fantasy, and YA! 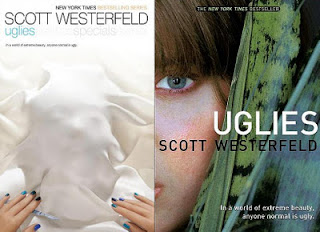 Tally is about to turn sixteen, and she can't wait. Not for her license -- for turning pretty. In Tally's world, your sixteenth birthday brings an operation that turns you from a repellent ugly into a stunningly attractive pretty and catapults you into a high-tech paradise where your only job is to have a really great time. In just a few weeks Tally will be there.

But Tally's new friend Shay isn't sure she wants to be pretty. She'd rather risk life on the outside. When Shay runs away, Tally learns about a whole new side of the pretty world -- and it isn't very pretty. The authorities offer Tally the worst choice she can imagine: find her friend and turn her in, or never turn pretty at all. The choice Tally makes changes her world forever. 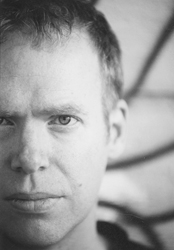 Scott Westerfeld is a New York Times bestselling American-born author of YA sci-fi literature. He was born in the Texas and now lives in Sydney and New York City. In 2001, Westerfeld married fellow author Justine Larbalestier.
His book Evolution's Darling was a New York Times Notable Book, and won a Special Citation for the 2000 Philip K. Dick Award. So Yesterday won a Victorian Premier's Award and Midnighters 1: The Secret Hour won an Aurealis Award. Peeps and Uglies were both named as Best Books for Young Adults 2006 by the American Library Association.

Is it not good to make society full
of beautiful people?
--Yang Yuan, quoted in The New York Times

The early summer sky was the color of cat vomit.

Of course, Tally thought, you'd have to feed your cat only salmon-flavored cat food for a while, to get the pinks right. The scudding clouds did look a bit fishy, rippled into scales by a high-altitude wind. As the light faded, deep blue gaps of night peered through like an upside-down ocean, bottomless and cold.

Any other summer, a sunset like this would have been beautiful. But nothing had been beautiful since Peris turned pretty. Losing your best friend sucks, even if it's only for three months and two days.

Tally Youngblood was waiting for darkness.

She could see New Pretty Town through her open window. The party towers were already lit up, and snakes of burning torches marked flickering pathways through the pleasure gardens. A few hot-air balloons pulled at their tethers against the darkening pink sky, their passengers shooting safety fireworks at other balloons and passing parasailers. Laughter and music skipped across the water like rocks thrown with just the right spin, their edges just as sharp against Tally's nerves.

Around the outskirts of the city, cut off from town by the black oval of the river, everything was in darkness. Everyone ugly was in bed by now.

Tally took off her interface ring and said, "Good night."

She chewed up a toothbrush pill, punched her pillows, and shoved an old portable heater -- one that produced about as much warmth as a sleeping, Tally-size human being -- under the covers.

Then she crawled out the window.

Outside, with the night finally turning coal black above her head, Tally instantly felt better. Maybe this was a stupid plan, but anything was better than another night awake in bed feeling sorry for herself. On the familiar leafy path down to the water's edge, it was easy to imagine Peris stealing silently behind her, stifling laughter, ready for a night of spying on the new pretties. Together. She and Peris had figured out how to trick the house minder back when they were twelve, when the three-month difference in their ages seemed like it would never matter.

The water glistened through the trees, and she could hear the wavelets of a passing river skimmer's wake slapping at the shore. She ducked, hiding in the reeds. Summer was always the best time for spying expeditions. The grass was high, it was never cold, and you didn't have to stay awake through school the next day.

Of course, Peris could sleep as late as he wanted now. Just one of the advantages of being pretty.

The old bridge stretched massively across the water, its huge iron frame as black as the sky. It had been built so long ago that it held up its own weight, without any support from hoverstruts. A million years from now, when the rest of the city had crumbled, the bridge would probably remain like a fossilized bone.