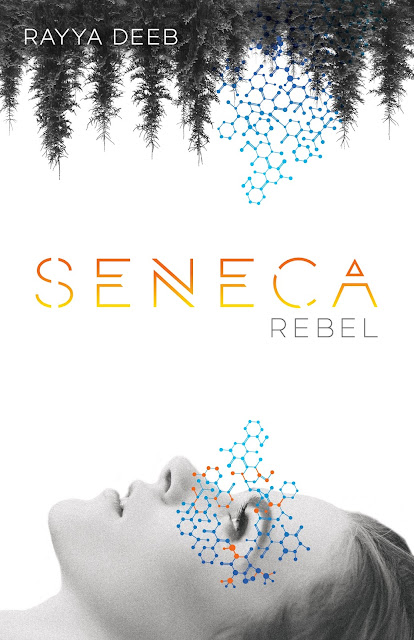 What if your one chance to change the world means you have to leave everything you love behind?

In the not-too-distant future, math genius Doro Campbell is introduced to the Seneca Society: a secretive, technologically-advanced subterranean utopia dedicated to inventing and perfecting the most effective ways to benefit our planet.

But there’s a hitch. Like all that have come before her, Doro is given the ultimatum: Stay in Seneca forever, or leave now with no memory of the place, its goals, and its inhabitants.

Her ideals are shattered when, together with biotechnology whiz, Dominic Ambrosia, Doro uncovers profound deceptions beneath the surface of this all too-perfect community.

Will one teenage girl have what it takes to go up against swarms of drones, psychological manipulation and biological attacks, to uncover the truth and change the trajectory of the world? 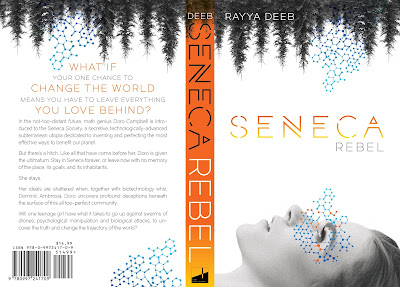 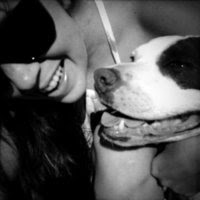 Rayya Deeb is a Virginia Tech Hokie, born in London, England and raised in Northern Virginia. She lives in Los Angeles with her husband and two daughters. She has worked in television production and film development, but her true passion is writing. She has spent over a decade screenwriting, collaborating with some seriously incredible, world-renowned directors, actors and top-notch producers. Most recently she wrote her first novel, Seneca Rebel.

Rayya grew up on fresh Mediterranean food and an eclectic palette of music. 90’s hip-hop will always hold a special place in her heart, and her parents’ LP collection that includes the Stones, Beatles and Dylan is one of her most valued possessions. She loves exploring the world, breaking bread with family and friends, and binge-watching shows like “House of Cards” and “The Leftovers.” Rayya spends an absurd amount of time thinking about all things culinary, but considers it well worth it.