About Heroines With Heart

Heroines With Heart is a massive blog tour that runs throughout 2013, that features books with strong female protagonists. We have authors from several different genres, including young adult, mystery/thriller/suspense, romance, sci-fi/fantasy, and Christian fiction. We are also giving away fun digital prizes and sharing new and noteworthy books throughout the year. 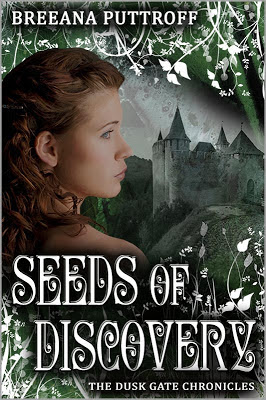 What would you sacrifice to find true love and save a kingdom?

The Best-Selling Kindle series, The Dusk Gate Chronicles, will have you falling in love all over again.

Quinn Robbins has never noticed William Rose at Bristlecone High School – not until the night she almost runs him down in her car. After that, she never stops noticing him. Because William is different than the other boys…

Why does a high school senior always have his nose buried in medical journals?
And how does he keep disappearing down by the river every Friday night?

When William starts to show up in her dreams, she is unsure if her curiosity has turned into obsession – or if there is something more mysterious going on.

Unable to rest, Quinn follows William to the river one Friday night…and discovers something startling – something she thought could only exist in a fairytale.

Seeds of Discovery is Book One of the Dusk Gate Chronicles, a new Young Adult series that has been described by readers as “The Chronicles of Narnia meets Cinderella.” Go on an unforgettable journey with characters who will find their way straight into your heart.

“Crap!” Quinn Robbins shouted, slamming on the brakes. The car skidded to a stop, and she whipped her head around, grateful to discover that there were no other cars behind her.
Now, where was the boy? She hadn’t felt an impact, but where had he gone? She craned her neck forward the best she could, trying to make sure there was no teenage boy lying in the street in front of her bumper. As she looked around, something else caught her attention. Blinking lights a few hundred feet ahead of her, just past the intersection at River Road. Not an emergency vehicle, but not right, either. The windshield wipers made another pass, and in the cleared glass, she could see that the lights were slightly to the side of the road. The hazard lights of a car.
“Is that a naughty word?” Her little sister’s small voice piped up from the backseat.
“What?” Quinn was distracted, her heart racing.
“Crap.  You said crap. Is that a naughty word?”
“Um, no, it isn’t.” Quinn could barely concentrate on what Annie was asking. Checking around the car once more, just to make sure the boy wasn’t there, she eased down on the gas pedal, wanting to get up to the intersection.
“Quinn! It’s not nice to say naughty words!” Annie’s voice rose, as it generally did when she was feeling ignored.
“I know, Annie.  Crap isn’t a naughty word.”
“Oh.  What kind of word is it, then?”
“Um,” she struggled to turn her attention back to her little sister, attempting to calm her shaking hands, “It’s a surprised word.”
“What are you surprised about?” Annie always had to understand everything.
Deep breath. She’s only three, Quinn silently reminded herself. Don’t freak her out, too. “There’s something going on up here, Annie. Can you be quiet for a minute?”
“Why?”
Quinn sighed. Asking Annie to be quiet was like asking the river down below them to stop flowing for a minute.
“I want to see what’s going on, okay?” Her little sister’s insistent questions were starting to pull her out of her reverie, and her racing heart was beginning to slow.
“What’s going on?” Annie struggled to look as far around as the car seat straps would allow. “Why did you stop the car?”
“There was a boy who ran in the middle of the road. I was afraid I hit him.”
“You hit him? With the car?”
“No, I didn’t.” She was almost sure of that now. She pulled slowly through the intersection. On the other side, there was a little red hatchback, its hazard lights flashing. Somehow, it had gone into the guardrail. The front of the car was crumpled like an accordion, steam pouring out from under the hood. Glass littered the side of the road from the shattered windshield. The driver’s side door was open, and as she pulled past the car, she could see the outline of the driver inside, and someone else kneeling just outside the door.
Heart pounding again, she pulled carefully to the shoulder. “Stay here, Annie,” she said as she unbuckled her seat belt.
“I want to come!” Annie’s fingers were already fumbling with the chest clip on her car seat.
“I’m not kidding. Stay here. Here,” she said, digging quickly through the glove box and pulling out a small handheld video game, “play with Owen’s game.”
It wouldn’t keep her sister occupied for long, but it was better than nothing. Quinn closed the door and pulled up the hood of her jacket.
As she walked toward the car, she assessed the situation. Out-of-state plates – not unusual during ski season. There was a resort about twenty miles further up the highway. The rack on top of the car held skis and a snowboard, and another rack on the back carried – oddly—a mountain bike. What the driver planned to do with that in the middle of winter in the Colorado mountains, she wasn’t sure.
When she got to the driver’s side of the car, her pounding heart nearly stopped. The person kneeling outside the car was him. The boy she’d almost run over. And now she knew who he was. William Rose. He was a senior at Bristlecone High School, a year older than she was. He must have been really running to get here before her. He was bent over the car’s driver, doing something. He’d pushed the seat back, getting the driver away from the deployed airbag.
“Did you call 911?” she asked. 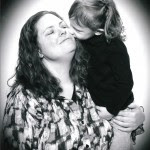 After eleven years as an elementary school teacher, I have decided to reinvent myself (whatever that means).

Now I run my own business, play with and educate my beautiful little girl, Little Goose, and write books for young adults that can be enjoyed by everyone.

The first three books in my original fantasy series, The Dusk Gate Chronicles, are now for sale in Kindle format at Amazon.com, for Nook at Barnesandnoble.com, in the iBooks store, and at most other digital retailers. The books are also in paperback at a number of online retailers. Also, visit her at http://www.breeanaputtroff.net/.