Of Triton (Of Poseidon #2) by Anna Banks 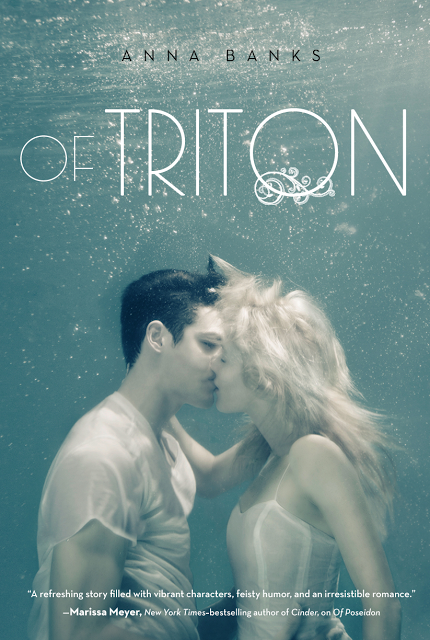 Emma has just learned that her mother is a long-lost Poseidon princess, and now struggles with an identity crisis: As a Half-Breed, she’s a freak in the human world and an abomination in the Syrena realm. Syrena law states all Half-Breeds should be put to death.

As if that’s not bad enough, her mother’s reappearance in the Syrena world turns the two kingdoms—Poseidon and Triton—against one another. Which leaves Emma with a decision to make: Should she comply with Galen’s request to keep herself safe and just hope for the best? Or should she risk it all and reveal herself—and her Gift—to save a people she’s never known?

I was absolutely in love with the first book of the series; the anticipation for what happened next ate way at me until I could barely stand it any longer.   So when Of Triton came out I was one of the first people to get the book.  After reading the book I am not really sure what to think.  Honestly, I am a little disappointed by this book.

The book started off well.  It starts shortly after the first book ends.  I really enjoyed the beginning, but as the book went on it started to feel sluggish.  It got to the point where I didn’t really care if I finished the book or not.

I think it of my disappointment came from the character development.  I really do not care for Emma’s mother.  To me she seemed cold and uncaring.  Maybe I’m the only one, but I found it odd how she just runs back to the sea without seemingly a second glance.  She LEAVES her daughter behind on land.  I don’t know many parents who leave their high school student to live alone.  Even the characters I loved seemed bland to me.


Over the all book wasn’t bad.  I just didn’t seem to compare as well to the first book.  I really was hoping to be impressed with this book and it just fell a little flat.
Posted by Literary Chaos at Wednesday, April 30, 2014