As You Lay Dying Tour 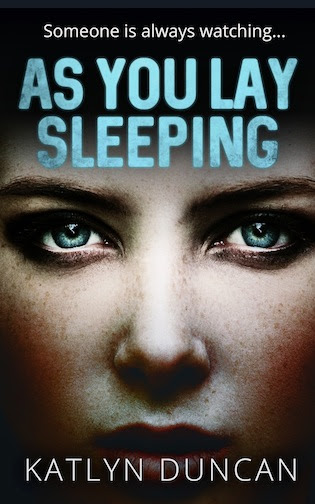 I did it all for you…

When fingers start pointing at her, she knows she’s in more trouble than she originally thought. Because Cara can see that something isn’t right.

As her carefully constructed life begins to crumble, Cara isn’t sure who she is anymore.

But maybe that’s exactly what someone wants her to think… Katlyn Duncan was born and raised in a small town in western Massachusetts. Her overactive imagination involved invisible friends, wanting to be a Disney Princess and making up her own stories. Her bibliophile mom always encouraged her love of reading and that stayed with her ever since. Even though she works full time in the medical field Katlyn has always made time for books, whether she is reading or writing them.

Katlyn now lives in southern Connecticut with her husband and adorable Wheaten Terrier and she is thrilled to finally share her stories with the world.

Excerpt: “For the last time, tell me what family she was assigned to and I will untie you.” The portly, balding man in the chair had nearly sweated through his shirt. My request had been simple enough. Yes, the adoption had been closed. The caseworker wanted to protect the girl from knowing about her past and the lowlifes who’d created her. Calling them parents would have been too kind. But that was fourteen years ago and it was about time I found her. “I’m being reasonable here,” I said, lifting the knife from inside my jacket. It had the sheath on, but the threat achieved the desired effect. He mumbled something. “What was that?” “All of the files from that year were scanned into our server.” He indicated the computer on the desk next to him. “I assume it is password-protected?” “Yes.” I placed the knife on the desk, but his eyes never left my face. “Benjamin, was it? Make this easier on yourself and give me the information I need and I will leave you unharmed.” My patience was waning, and I didn’t want to be in the presence of his rank body odor for an extended period. He rattled off his username and password, and I entered them into the prompts. I searched the database for her birth name. There were two girls with that name, but only one of them was born in Tennessee. There was little information about the girl. The fire that killed the mother would have destroyed any important documents, but I knew they didn’t hold onto anything of importance regardless. “There’s a reason these cases are closed,” Benjamin said. “They are to protect the child.” I glanced at him over my shoulder. “That is your job, isn’t it? To protect children. What about those who needed protection and were denied?” He blinked rapidly, tracks of sweat dripping from his brow and into his eyes. “I don’t know what you’re talking about. Please let me go.” “Once I get what I need I will.” I looked away. His relief would accompany him in death. I printed the information I needed and closed out of the file and signed out. If the system was monitored, I didn’t want anyone finding him before I was long gone. I crossed the room to the water bubbler and took the powder-filled packet from my pocket and dumped the contents into the paper cup. I filled the cup with water; the powder dissolving quickly. I went to Benjamin, placed the cup on the desk and untied him. “You’re sweating like a pig. Here.” “Thank you,” he said staring at me. I was used to the stares; they didn’t bother me as much as they used to. I handed him the cup. He chugged the liquid greedily. It wasn’t his fault he was going to die. It was an unfortunate circumstance that he had been working late when I arrived. I couldn’t risk his identifying me to anyone. His death would be swift, merciful. I picked up the rope and coiled it around my arm, then shoved it in my bag and lifted the strap over my shoulder. “Goodbye, Benjamin.” He opened his mouth to say something but, instead of words, a wet gurgle filled his throat. I watched him clutch his chest and seize for a few moments before he went still. I pushed his rolling chair so he was situated under his desk. They would say he had a heart attack. No one would be the wiser. I slid the papers from the printer into a large envelope, giving them the care they needed for my travel to Chester Bay, Connecticut.