I am so excited that THE LEAK OF MADNESS by Alice J. Black is available now and that I get to share the news!

If you haven’t yet heard about this wonderful book by Author Alice J. Black, be sure to check out all the details below.

This blitz also includes a giveaway for 10 eBook copies of THE LEAK OF MADNESS, International, courtesy of Parliament House Publishing and Rockstar Book Tours. So if you’d like a chance to win, enter in the Rafflecopter at the bottom of this post. 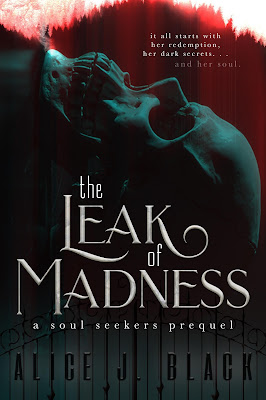 The spirit world has been in touch with Peyton, and it’s more than she can tolerate. Sometimes their messages are loud enough even to pierce beyond the veil of her alcohol-induced stupors.

When she is invited to attend her best friend's brother’s wedding at The Manor House, Peyton is compelled to stare down memories of her life before it was decimated by fire and tragedy. Continuously topping herself up with alcohol to keep the voices at bay, it becomes clearer and clearer that there are forces at work in the old building…shadows darker than Peyton could have ever imagined.

The Leak of Madness is the beginning of a thrilling, fast-paced series of horror novellas overflowing with intrigue, romance, redemption, and most importantly…ghosts.

Will Peyton find the normal life she could have if only she stops drinking or will the forces of evil drive her mad?

“What would the lady like?” he asked as he stood behind the bar, waving at the bottles in their optics.
Little did he know how much each of those bottles appealed. Like a kid choosing candy in a store, I was transported back to my first drink, stolen from my dad's cabinet. That one had been whiskey.

Back then, I took whatever I could get. Now I was old enough—and I might argue wise enough—to choose my own poison.

“Do you know,” I started as I leaned over the bar, looking between the man and the bottles. He really was a good-looking guy. “That you’re giving me reason to give in to temptation.”

His smile widened. “Hey, if I didn't ply you with alcohol, what sort of bar man would I be?”

I grinned as he continued to watch me. This guy still wore the label of lad, and he was cute, but I had a couple of years on him. Still, age wasn’t everything. “See the thing is,” I started again. “My friend doesn't like it when I drink.”

“And is your friend your keeper?” He raised his brow.

“Secret.” He leaned in conspiratorially and I couldn’t help but inhale the deep scent of his aftershave. 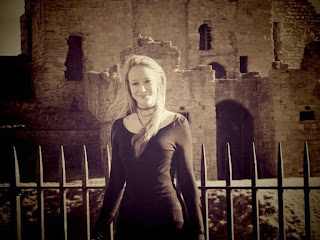 I’m an author in the North East of England where I live with my partner and overly-ferocious cat. I have been writing for as long as I can remember mostly in the dark genres but recently, I have expanded into other genres (such as young adult). My cupboard is stocked with an array of different and funky notebooks (because you can never have too many). My inspiration tends to come from a lot of different places but my first novel and a lot of my ideas come from my rather vivid dreams (which my partner tells me I tell him about as I’m still dreaming!)

a Rafflecopter giveaway
Posted by Literary Chaos at Monday, February 05, 2018