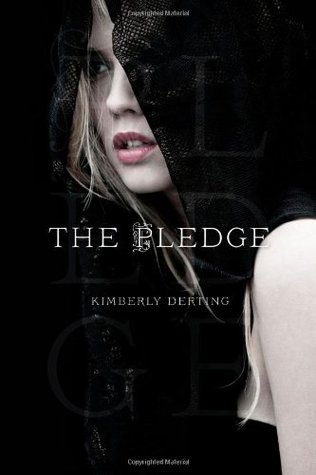 In the violent country of Ludania, the classes are strictly divided by the language they speak. The smallest transgression, like looking a member of a higher class in the eye while they are speaking their native tongue, results in immediate execution. Seventeen-year-old Charlaina has always been able to understand the languages of all classes, and she's spent her life trying to hide her secret. The only place she can really be free is the drug-fueled underground clubs where people go to shake off the oppressive rules of the world they live in. It's there that she meets a beautiful and mysterious boy named Max who speaks a language she's never heard before . . . and her secret is almost exposed.

Charlie is intensely attracted to Max, even though she can't be sure where his real loyalties lie. As the emergency drills give way to real crisis and the violence escalates, it becomes clear that Charlie is the key to something much bigger: her country's only chance for freedom from the terrible power of a deadly regime.

This book was purely an impulse by; I was drawn in by the synopsis for this novel and just decided to buy it.  There was something about the idea of a caste system that revolves around language that I found so intriguing.  I was curious to see how such a society would run and how the different classes would interact if they all spoke different languages. I  think that Kimberly Derting did a decent with world-building, however, I would have liked to have seen even more.  The world itself is so hard to label because it has a blend of past, futuristic, dystopian, and fantasy elements. I thought that this blend made for a unique world that I hadn't seen before.  I personally like this blend of elements, however, that being said, if you want a more believable dystopian read or a mystical fantasy than this book may not be for you.

Besides the world itself, I very much enjoyed the characters. Charlie, the main character, was a hit for me from the beginning, and I only grew to love her more as the time went on.  This was mostly for the love she shows her family, particularly her sister, throughout the book.  I also really enjoyed Max as a character. He was funny, kind, charming, and made for a great love interest. There was also NO love triangle which gives the author points in my book.  The only character I didn't care for-- besides the villain obviously-- was Brooklynn, but even she managed to impress me as I got farther into the book.


While the book itself is a decent size at 352 pages, it definitely did not feel that long. The book is pretty well paced, minus a bit of world building in the beginning that dragged a bit for me, and makes the book feel like an easy read.  It has an interesting plot with many twists and turns, some of which I guessed and others that blew me away.~~ cough cough, Brooklynn, cough cough~~ For those who hate cliffhangers there is a good ending, however, it is a trilogy so that is not the end of the story.  I am kind of left wondering why it is a trilogy at all.  I am excited to read them, but I am also worried that it will just drag out an already finished story.