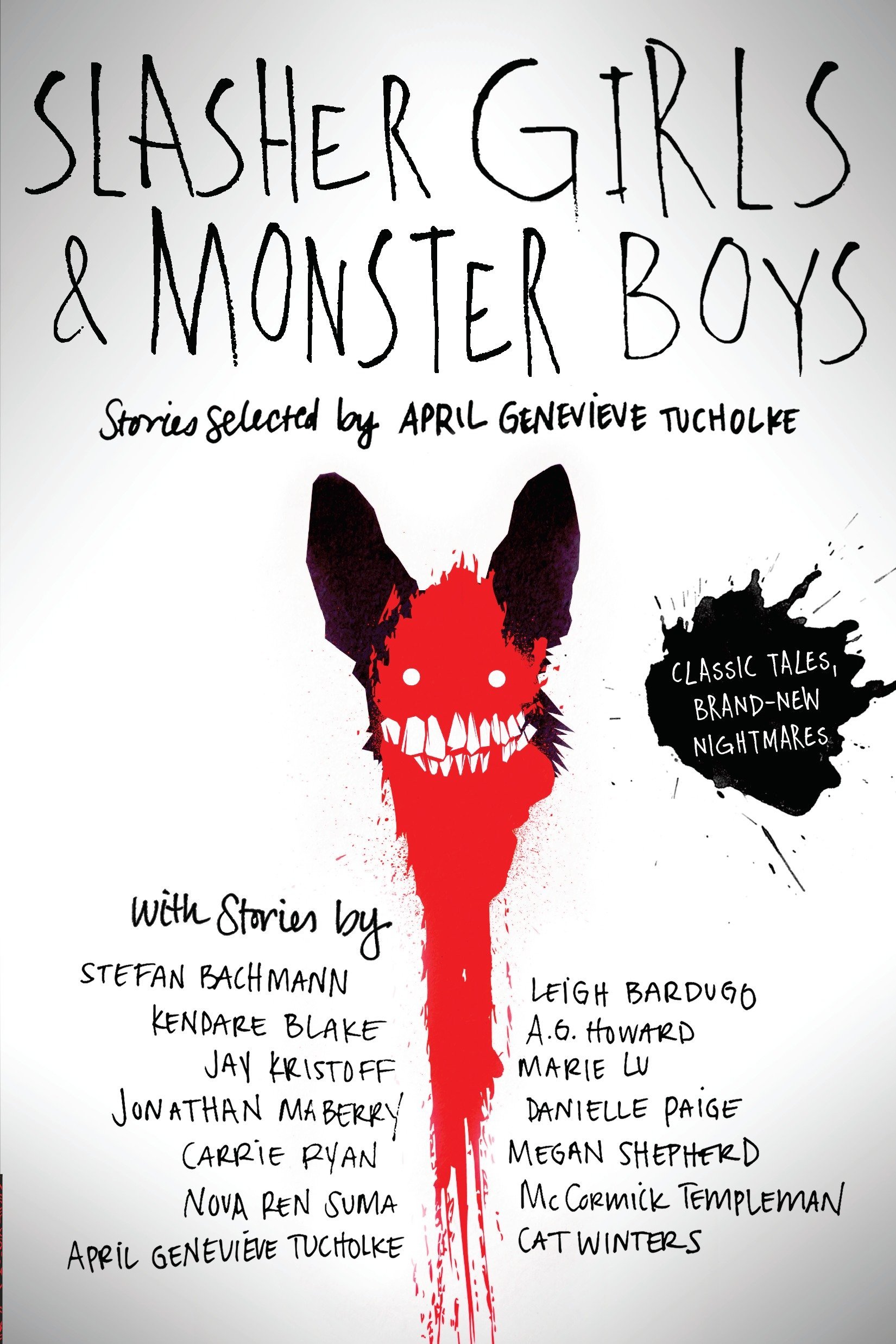 For fans of Stephen King, Neil Gaiman, American Horror Story and The Walking Dead comes a powerhouse anthology featuring some of the best thriller and horror writers in YA

A host of the sharpest young adult authors come together in this collection of terrifying tales and psychological thrillers. Each author draws from a mix of literature, film, television, and music to create something new and fresh and unsettling. Clever readers will love teasing out the references and can satisfy their curiosity at the end of each tale, where the inspiration is revealed. There are no superficial scares here; these are stories that will make you think even as they keep you on the edge of your seat. From blood horror, to the supernatural, to unsettling, all-too-possible realism, this collection has something for anyone looking for an absolute thrill.

Anthologies have been rather hit or miss for me.  Anthologies are tricky, they have to have some uniting factor, or the stories do not feel cohesive enough to be a collection. As a reader, I have also found that many times one or two stories of the collection really pique my interest, and the rest are sub-par.  It is difficult to have a collection of stories that not only are cohesive but are all written well enough that one does not outshine the other.  This anthology did that.

In fact, this is probably one of the best anthologies I have read thus far.  Each story was so unique I never felt like there were any stories that were too similar, nor were there any stories that particularly out of place or sub-par to the others.  They were all very different and yet felt cohesive enough to belong in a collection together.  One thing that I think I enjoyed and I think helped make the stories feel cohesive was that after every story there was a little blurb about what books, movies, etc. inspired the short stories.  Personally, I as a story found it very interesting to see what different works inspired each story.

I was surprised at how many of the stories touched on real-life issues such as serial killers and child-molesters. Going into the book I was expecting monsters of the fictional variety, like demons, vampires, zombies, etc, and while this book did touch on that, it also had a fair amount of real-life horrors as well. For me as a reader, I feel that it made some of the stories a little more realistic and all the creepier.  In total, if you like anthologies or are looking for a quick spooky read then this book is for you.
Posted by Literary Chaos at Friday, January 04, 2019